daring concept under the biodome

We had the pleasure of working on this project showcasing the proposed arrangement of a possible biodome structure with three distinct animal species and a regionally controlled climate inside. During the project we produced three still images, each focusing on the living space of a single species. A giant varanus or comodo dragon, clouded leopards, and sloth bears. This project had a very steep deadline but we squeezed as much 3D into it as possible. 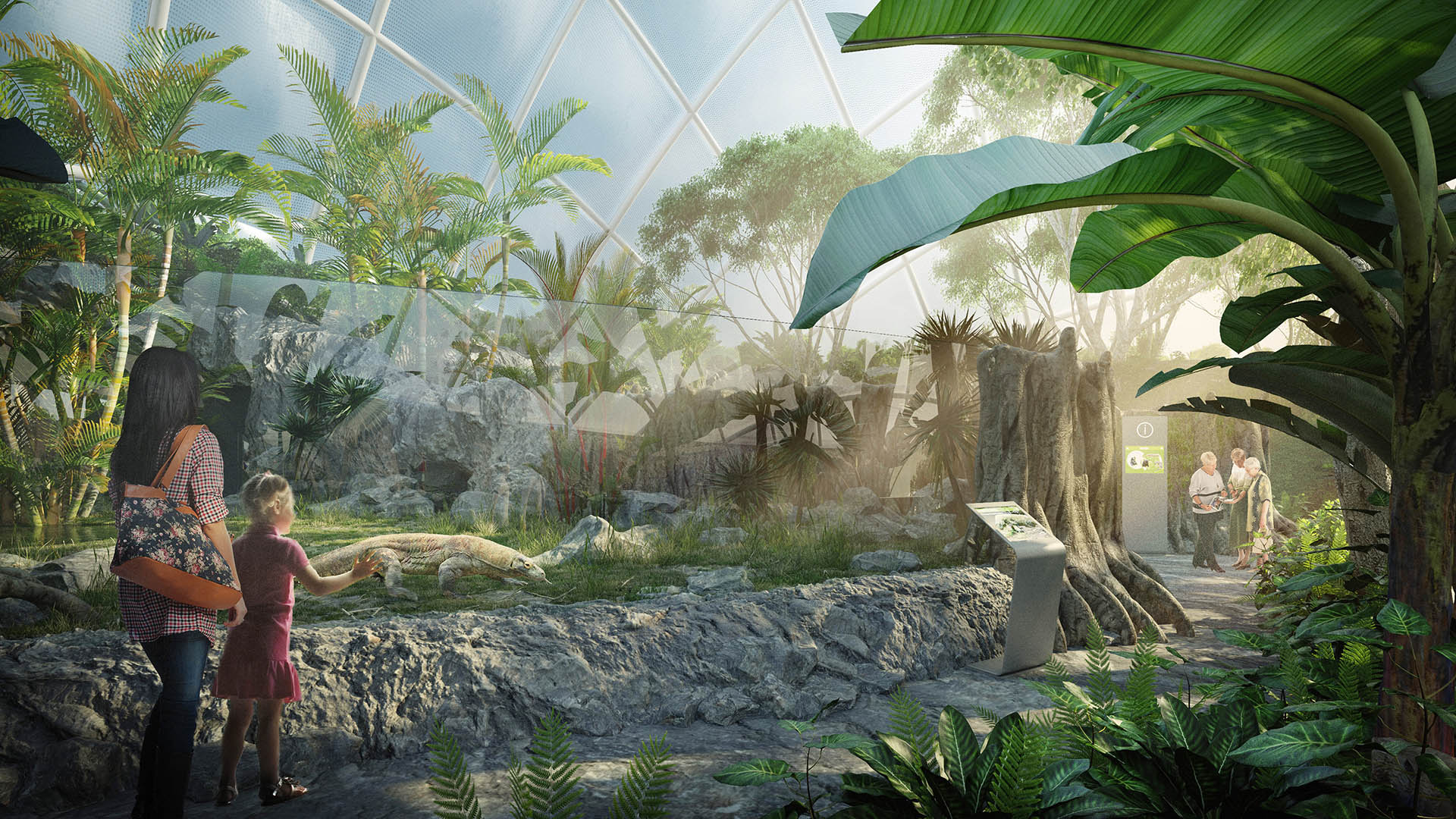 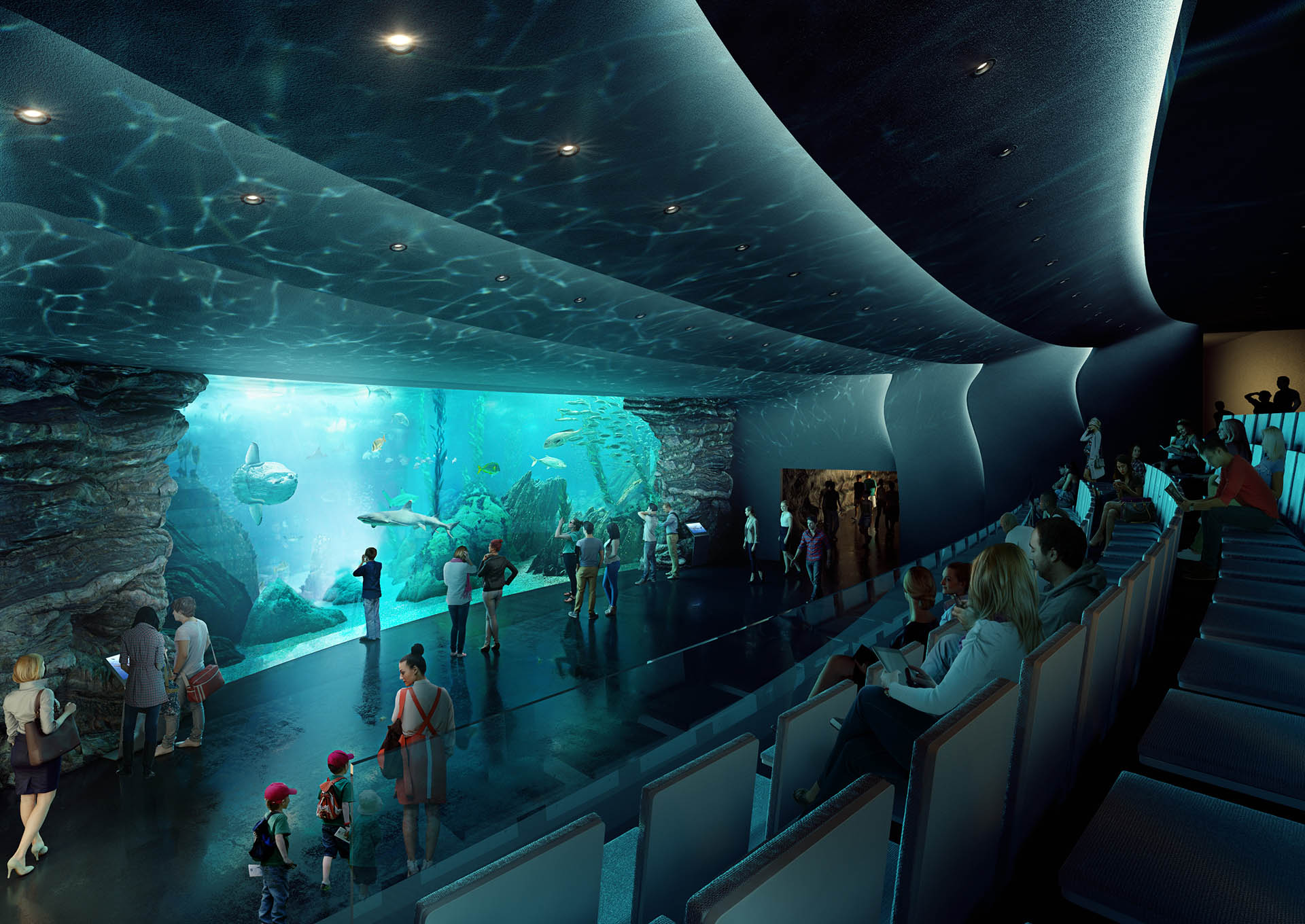 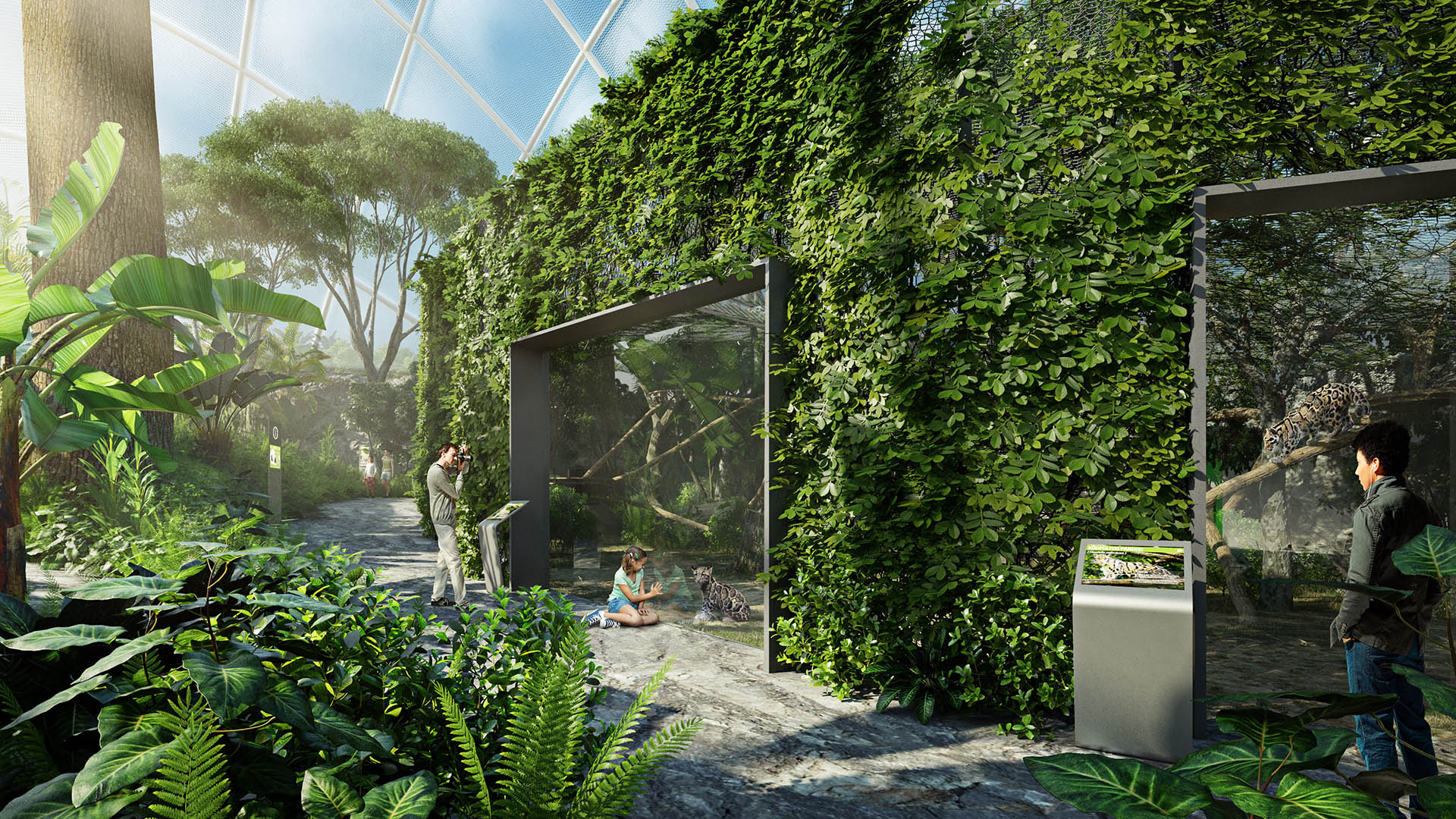 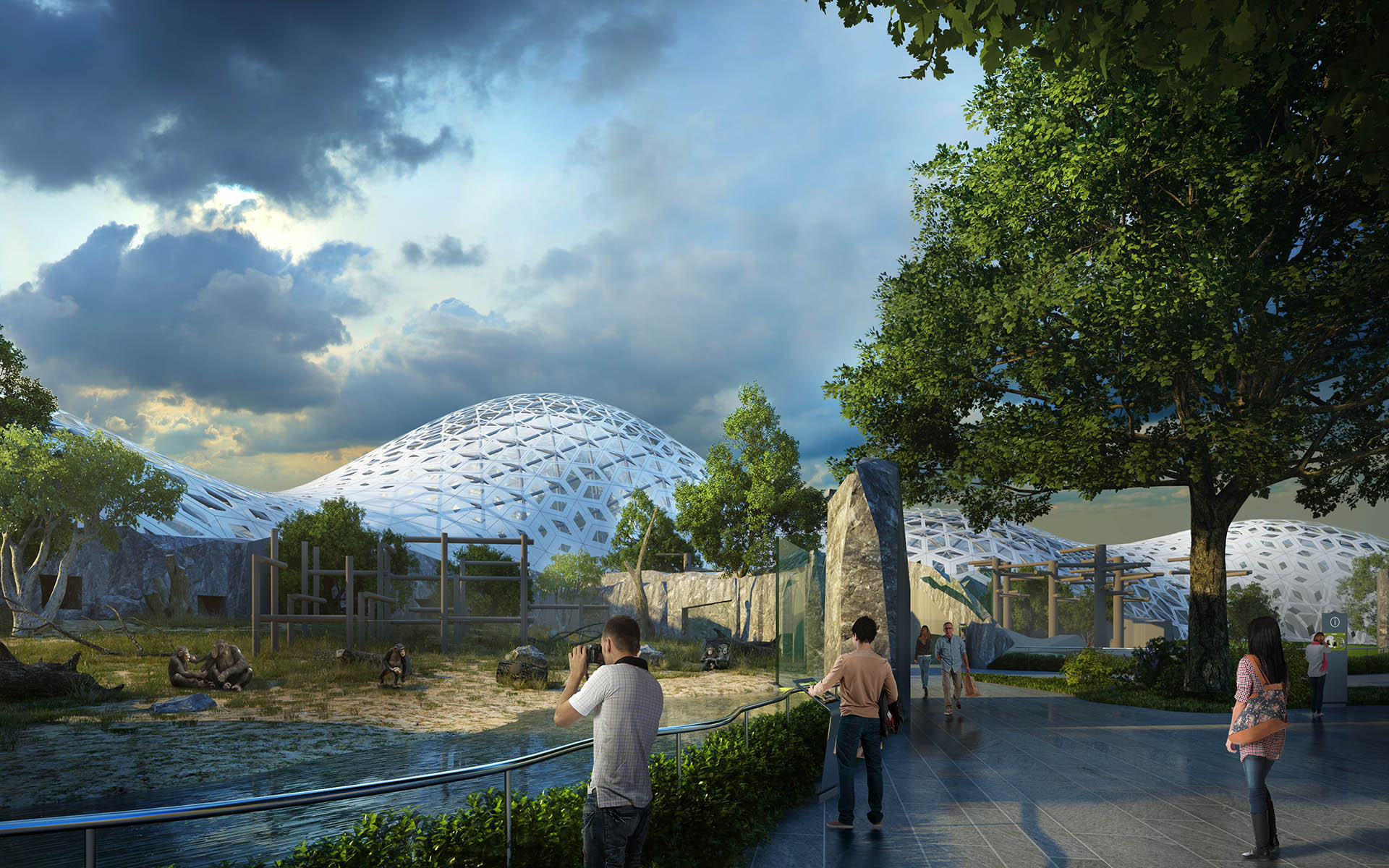